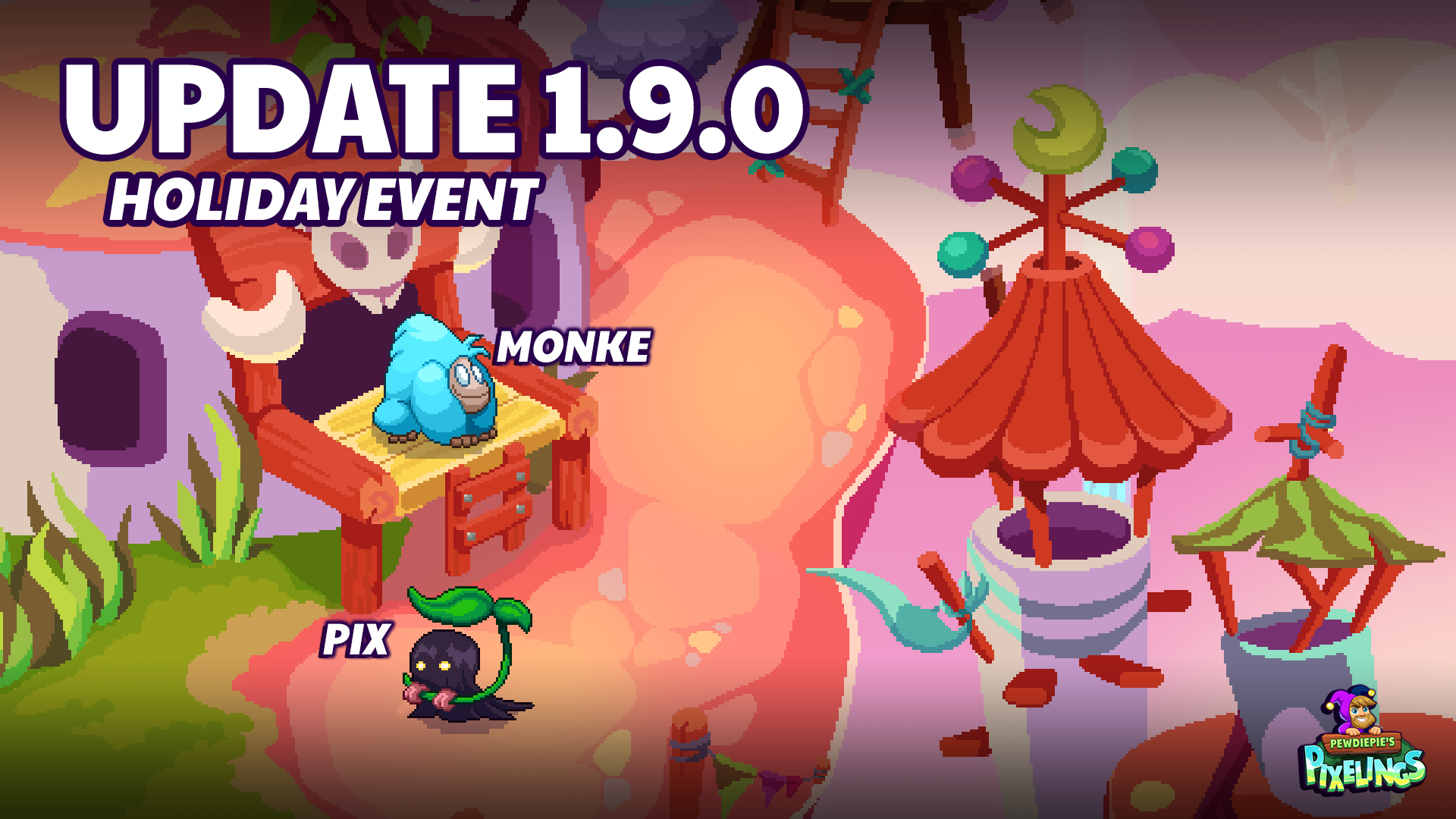 Bob’s got a love letter with your name on it, log-in this Valentine’s to earn the fresh new Pixeling Ted and his caring bear skin.
To die for new limited-time skins for the beaming Bill, berry Citry, charmer Falcon and bouquet Cerus!

The moment you hardcore gamers have been looking forward to is finally here! Barrel King, Dogy, Glitchy, Crushie are now available from the story mode.
To earn them, you must complete every World on Hard AND have collected every star possible. Best of luck!

Some Pixelings have resolved themselves to becoming the best of the best at what they do in 2021. Enjoy several new passive effects this update and shake up the meta!

Note: Existing Pixelings may have been changed to now utilize one of these passive effects, be sure to check our balancing notes to see who got what!

Balanced, for real this time!

It’s been a while since the last round of Pixelings balance changes, so have a ton of them on us!