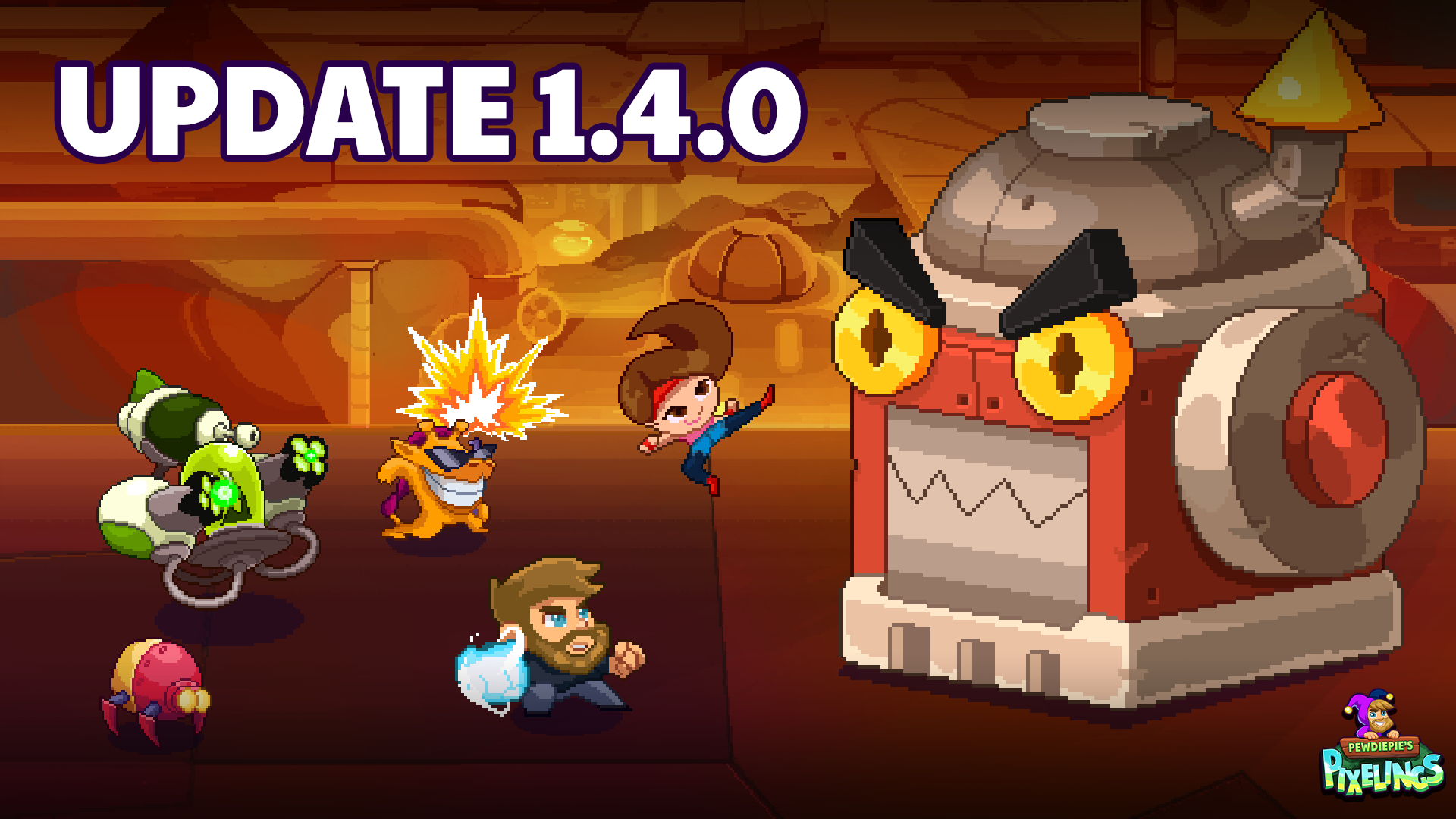 PewDiePie’s Pixelings’s update 1.4.0 is here! Venture through Crushopolis with Pewds and the gang and take on the strongest Pixelings in Pixeland!

A new World has been discovered and a whole new mystery to be solved, but that shouldn’t be an issue for the bro who took down Vlad and his OP!

New Pixelings! – spoiled as can be!

The Pixelings of Crushopolis are adorable but watch your step else you get crushed along the way!

New Spells – shoot for the moon!

With the effectiveness of sabotage, we put together a cure for Pixelings. Had enough of tanks? Want to power up your tank busting power plays? Say no more, the new Demi and Crescent spells deal % based damage so you’ll be shredding through tank and spank Hank teams in no time.

We adjusted the difficulty across all the worlds to better represent how actually easy, medium or hard each world should be.