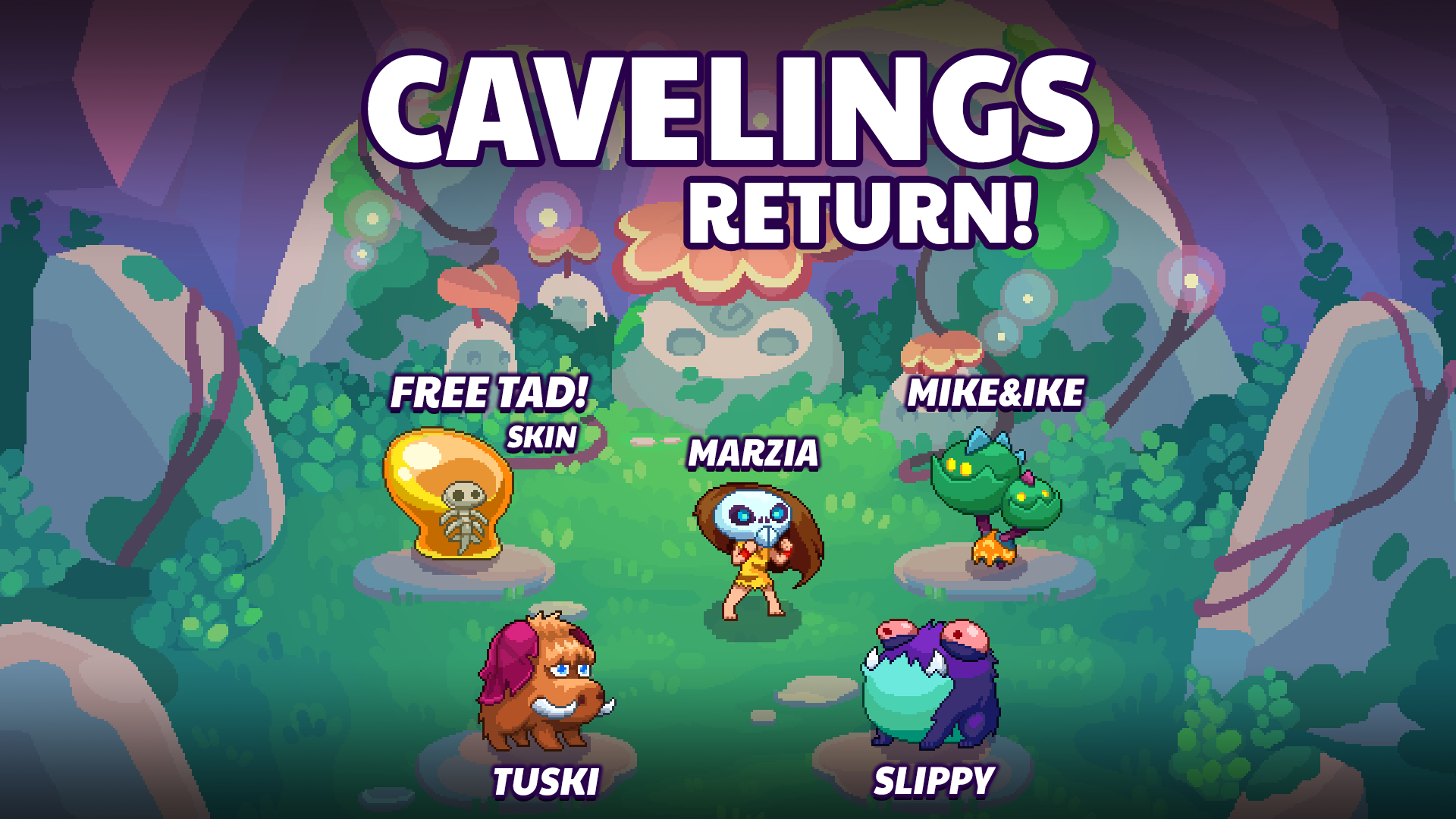 The Cavelings are crawling back out of their holes to duke it out on August 20th through September 2nd! The Absolute Unit that is Tad will be free to redeem along with his ancient fluid skin. Mammoth Tuskis are also migrating back this event. Not only that, but Mike&Ikes have donned their fur pelts, Marzia re-aquired her Sally skull and Slippy’s feeling feral. The Caveling habitat will be available once more for a limited time.

We decided to give all our VIPs a bit more bang for their bucks! Benefit from 200 BUX a day with your VIP subscription (was previously 100 BUX a day)! This takes effect as soon as you’ve updated your game and will appear on the following BUX delivery from that point on. If you updated the app after redeeming your bux for the day, and did not get the amount, you’ll need to wait for the following delivery (next day).

Big plays are happening this update, with critical hit chance being reduced by half and the ever elusive Glitchy finally getting the bat. Take a look and let us know what you think!